In 1788 the French government appointed a commission to reform the care of the insane. The chairman, Philippe Pinel, had begun as a divinity student, had changed to philosophy, and had imbibed the humanitarian ethics of Voltaire, Diderot, and Rousseau. In 1791 he published his Traité médico-philosophique sur l'aliénation mentale, a milestone in modern medicine. In 1792 he was made medical director of the Bicêtre, one of the largest asylums in France; two years later he was advanced to the still larger Salpêtrière. After many appeals to the Revolutionary government he received permission to strike off the chains from his patients, to release them from their cells, and to give them fresh air, sunlight, exercise, and progressive mental tasks. This was one of many triumphs of secular humanitarianism in the most agnostic of centuries. 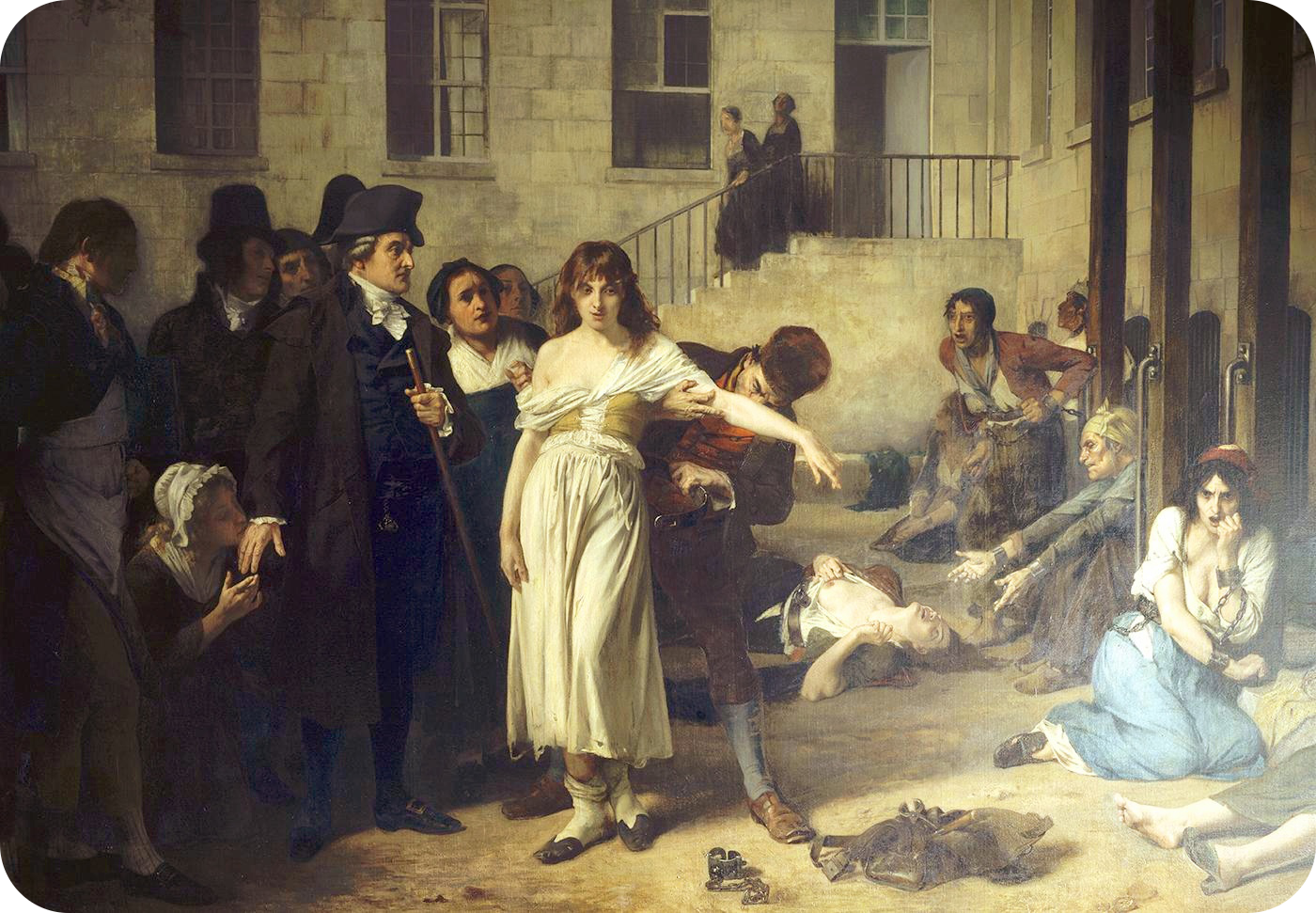